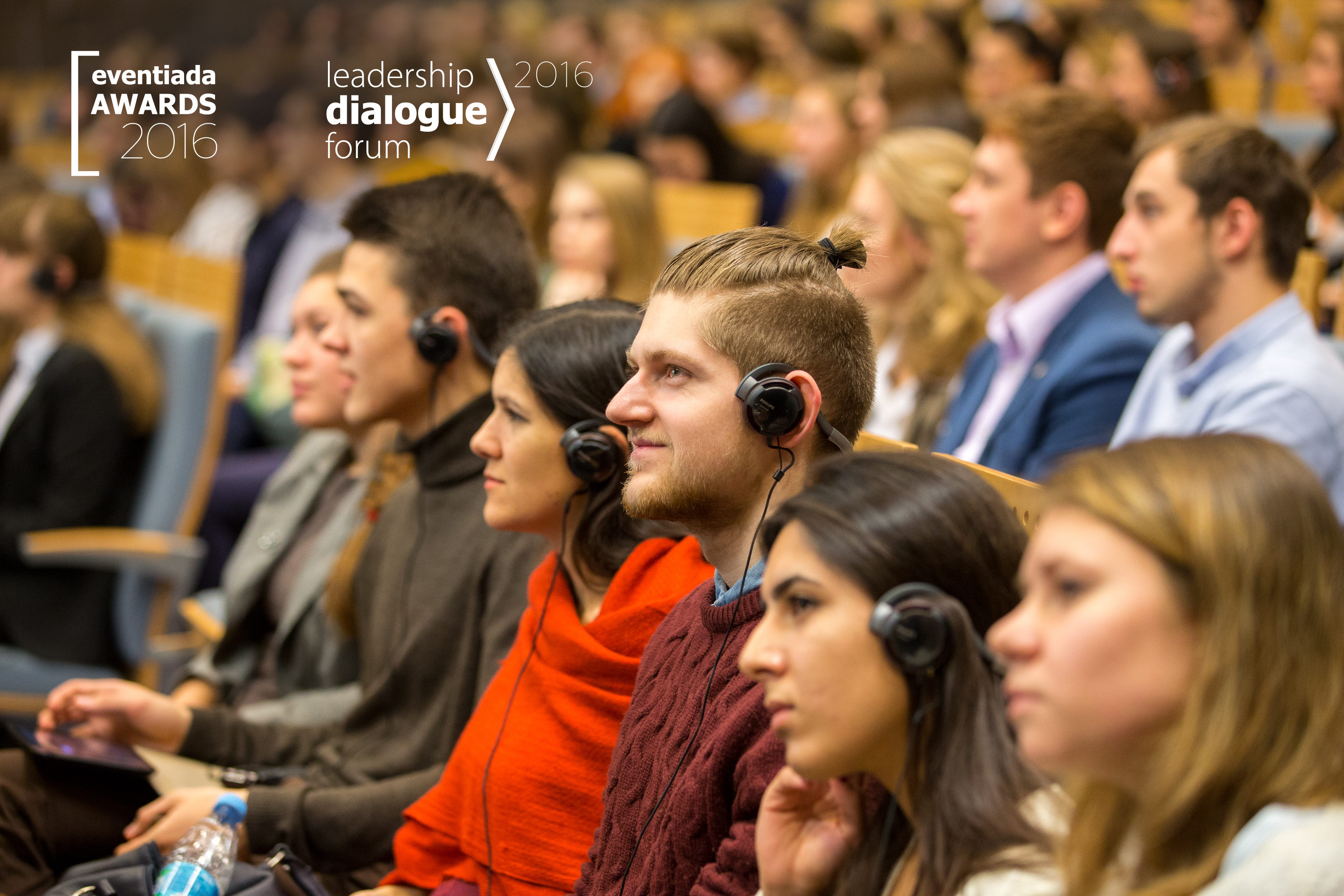 Eventiada Awards 2016 Short List – Congratulations to the Finalists of the 5th International Contest!

The 5th international contest of student and corporate communications projects Eventiada Awards announced the shortlist based on the results of voting of Eventiada Awards Expert Jury. This year the contest received over 800 entries from 123 cities of Russia, Belorussia, Kazakhstan, Ukraine, Poland and Hungary in 5 blocks of nominations: Student nominations supported by Tele2, Healthy Lifestyle supported by Boehringer Ingelheim, School-Students (supported by the Russian State Social University (RSSU) and special nominations. All the shortlisted projects will be presented within the public presentations of the best projects before the juries of the respective categories. The public presentations will take place on November 10th in Moscow. Eventiada Awards Gala Ceremony will take place on November 11 within the Leadership Dialogue Forum.

- Born to Be — Deutsche Bank (Moscow)

- #TIMETOLIVEINRUSSIA noncommercial social project — Hals-Development together with Goodwill Up (Moscow)

- Viber Stickerpark in support of “Do like me!” charity campaign and Naked hearts foundation – Viber (Moscow)

The most creative campaign

- Voice of our team. Voice of our yard — Kirov and Moscow districts municipal administrations of Kazan City Government (Kazan)

- Gosuslugi 71: draw up your dreams — Center of information technologies of Tula region (Tula)

Event of the year

- Career navigator — Financial University under the Government of the Russian Federation, faculty of international finances (Moscow)

The most creative campaign

- KVN school for KVN teams of the federal universities on the base of KVN Premier League — KVN Students league “Faculty” of the Immanuel Kant Baltic State University, (Kaliningrad)

Student event of the year

- 6th multicultural festival of students: the day of multinational students unity — the Student union of the Eastern Institute — Schools of regional and international studies (Vladivostok)

Student of the year

- Be in shape fitness festival — Fitness-studio «Run for me» (Kirov)

- Do the exercises! — the Department for physical culture, sport and tourism of Kurgan region, Kurgan college of Olympic Reserve (Kurgan)

- Youth center of primary prevention of HIV, STI and promotion of healthy lifestyle “We choose life” – Teenage center on the basis of dermatovenerologic dispensary (Salavat)

- You are me sports festival – Student soviet (Kirov)

Journalist of the year (For supporting promotion of healthy lifestyle)

Project dedicated to the year of Russian cinema